According to the sequence, I’ll describe the Path 1 at first. There are four major Bosses and numerous mobs in this path. The difficult, which can not be conquer easily, is the emerging mobs. Each time the mobs appear in group, and the group is constituted by three ones. Now, let’s start our journey. In order to avoid being chased by the mobs, we have to find out safety area to hide. After practicing for several times, and learn experience from other players to buy cheap gw2 gold who are interested in take adventure, I have found two safety zones for my team. You can see from the picture below. Two areas marked by the red circles are the secure location. 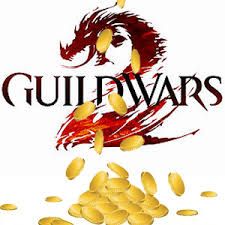 Having killed the first monster, we’ll meet the second monster- Nokk. There is nothing need to pay attention to, because he is easily to be defeated. After killing him, we’ll pass through a white mine field to the third Monster. The third monster, who consists of three strong-firepower golems, is more difficult to deal with. The best strategy we defeat this monster is kill one by one. Firstly, gather the whole team to the cave, which lays aside the mines road, and sent a player to allure the golem up.

Dungeons until now. In this post, I’ll present you a piece of awesome experience of take adventure in one of the dungeon – Sorrow Embrace. There are altogether three Paths. It seems that there are few players to practice there because there are some insurmountable difficulties when they march forward. I’ll make detailed information in the rest post, and now, please read on and learn how the whole team I leading pass through the whole passage successfully.

At first, we hide away and wait for the mobs pass by on the left safety zone. Due to there is interval between two waves of mobs, we take full advantage of this period to rush to the right safety zone after destroyed the door, and hide away, and wait for the other wave of mobs to run through. ( Tips: If there’re some teammate found by mobs by accident, just jump into the magma, and be teleported to the starting point to wait for the reset. In this way, players can save much Guild Wars 2 Gold or Silver to repair the armors. ) During the period, one of the teammates triggers the event to kill the Golem, and return back to the hiding location to wait another wave of mobs to pass by.